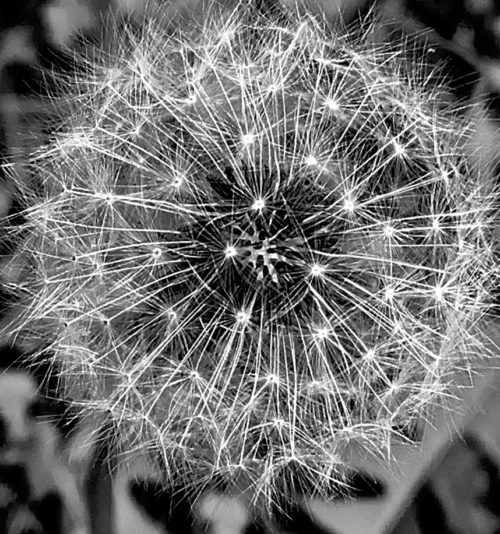 There’s not too much to me, really. Born in a valley. Grew up a misfit. Converted to the religion of education. Got a PhD in Religious Studies. Wrote some books. Taught some classes. Public scholarship. Did some other stuff.

Gary Laderman, Goodrich C. White Professor of American Religious History and Cultures, is the author of Don’t Think About Death: A Memoir on Mortality (Deeds Publishing, 2020).

His other books include an exploration of the sacred in the new American religious landscape: Sacred Matters: Celebrity Worship, Sexual Ecstasies, the Living Dead, and Other Signs of Religious Life in the United States (The New Press, 2009); two books on the history of death in America (read the new one to understand why):  The Sacred Remains: American Attitudes Toward Death, 1799-1883 (Yale University Press, 1996) and Rest in Peace: A Cultural History of Death and the Funeral Home in Twentieth-Century America (Oxford University Press, 2003).

In addition to writing some books, he also co-edited two multivolume encyclopedias, Religion and American Cultures: An Encyclopedia of Traditions, Diversity, and Popular Expressions (4 vols., ABC-Clio, 2003, with Luis Leon; voted best reference by Library Journal in same year) and Science, Religion, Societies: Histories, Cultures, Controversies (2 vols., ME Sharpe, 2006, with a foreword by His Holiness The Dalai Lama). Within his first couple of years at Emory, and just in time for the 1996 summer Olympics, he edited Religions of Atlanta: Religious Diversity in the Centennial Olympic City (Oxford University Press, 1996; with a foreword by President Jimmy Carter).

He’s been interviewed on topics in American religious cultures, ranging from death and funerals to horror films and psychedelics, in a variety of media, including the New York Times, Los Angeles Times, Washington Post, and other newspapers; US News and World Report, Ebony, The Lutheran, Vice and other magazines; the Joe Rogan Experience, On Point, Odyssey, and other radio shows and podcasts; as well as on the NBC Evening News, The Today Show, Charles Osgood CBS Morning Show, and other television and documentary broadcasts. His shorter essays have appeared in The Chronicle of Higher Education, the Huffington Post, Sacred Matters, Smithsonian Magazine, and other religion blogs.

Laderman was also a founder of the online religion magazines, Religion Dispatches (created and initially directed with Sheila Davaney in the early 2000s), and started Sacred Matters on his own. He is continuing to research, write, and teach on the sacred in American life generally, and is currently working on a book project exploring religion and drugs, the focus of a new course first taught in 2017, “Sacred Drugs.” He has been involved in a variety of collaborative projects that have received funding from the Lilly Endowment, Center for Theology and Natural Sciences, the Ford Foundation, and Emory. Earlier in his career, Laderman organized numerous conferences at Emory University, including “Religious Diversity in Metropolitan Atlanta,” “Religion in the American South,” “Science and Religion: Perspectives on Suffering and Healing,” “Against Death: Scientific and Religious Perspectives on Prolonging Life,” “New Perspectives in Health and Healing: Can Science and Religion Work Together,” and “Contesting Religion and Religions Contested: The Study of Religion in a Global Context”. In Fall 2006, Laderman was a visiting fellow at the University of Victoria, BC, and in Summer 2007, he participated in the Nanzan American Studies Summer Seminar as a Fulbright Distinguished Lecturer.

Laderman received his B.A. in Psychology from California State University, Northridge, and his M.A. and Ph. D. from the Religious Studies Department, University of California, Santa Barbara. He also spent a year in Paris, France, as a graduate student, studying at the Center for Critical Studies and the Sorbonne. Laderman’s courses and seminars include US Religious History; Mind, Medicine, and Healing; Death and Dying; Theory and Method; Sacred Drugs; Introduction to Religion; Religion and Music; Health and Healing; and Religion and Sexuality.